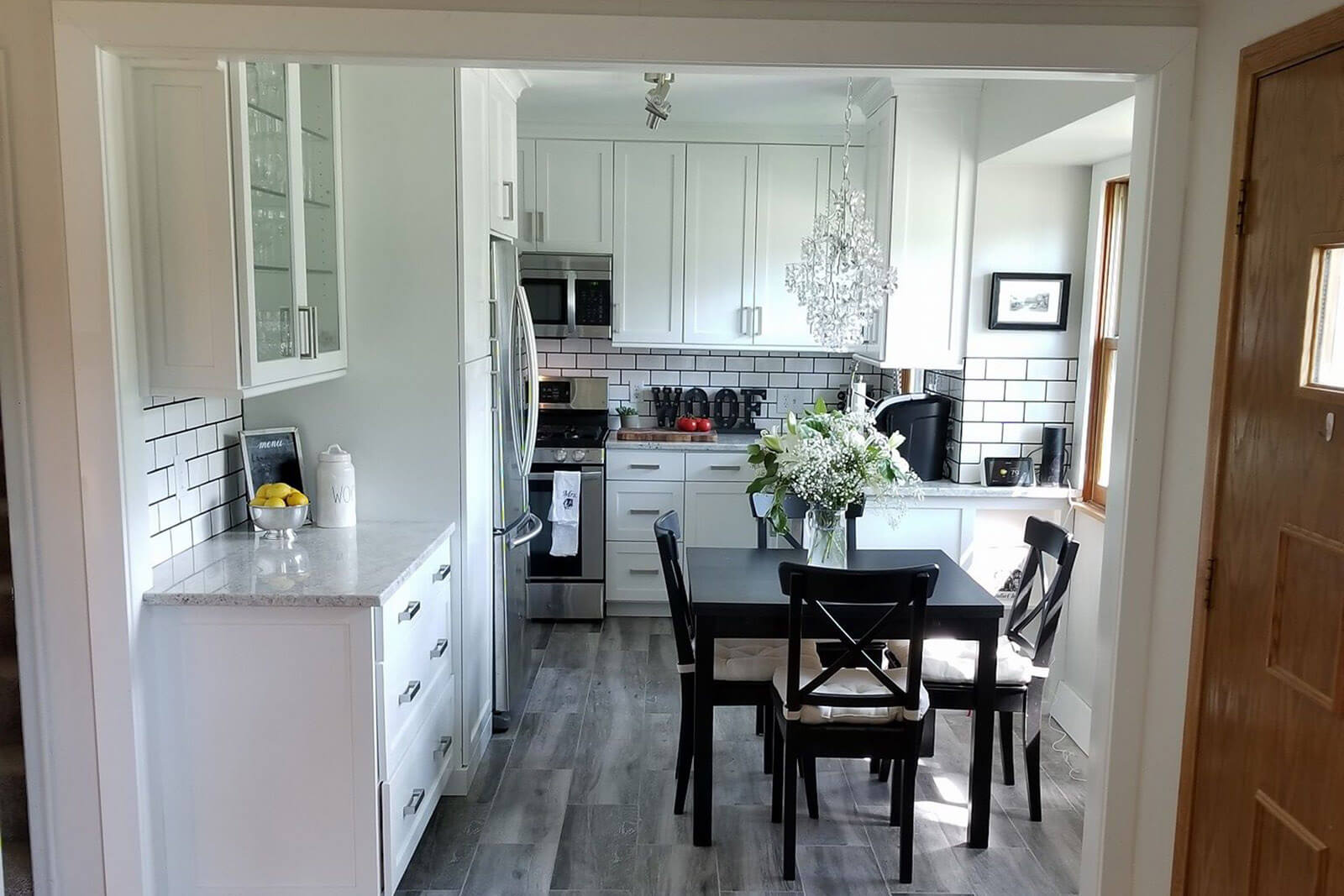 CNC machines are capable of providing significant value in a wide range of applications. From sign-making and furniture-making to prototyping and 3D modeling, there are numerous ways CNC technology can amplify the production efficiency and quality of small businesses in many different industries.

This is exactly the case for Montanye Woodworks, which added a CNC router to its capabilities several years ago and has been enjoying the benefits ever since. Here’s how Montanye Woodworks got its start and how its adoption of CNC technology helped streamline its offering in cabinetmaking for the pharmacy space.

The origins of the shop

Montanye Woodworks was founded by Shannon Montanye in Owatonna, MN, in 2009 as a small, startup venture. Shannon had spent several years bouncing back and forth between construction jobs and cabinetmaking jobs, frequently experiencing frustration with the way he was being treated and his level of compensation – particularly in the construction space.

Eventually, Shannon decided to go out on his own and build cabinets, at which point Montanye Woodworks was born.

Breakthrough in the pharmacy space

Two weeks into his young business, Shannon had a friend come home to Owatonna from out of state. The friend was a general contractor, and upon hearing about Shannon’s plans for his cabinet shop, asked him if he wanted to bid on some upcoming kitchen projects.

Shannon was interested, but since the jobs were out of state, the prices ended up being too high in terms of delivery and other factors.

Shannon’s friend, however, also did pharmacy construction and asked Shannon if he wanted to price out some shelving units and cabinets for some upcoming projects. This project was more feasible for Shannon, and he agreed out of eagerness to get his business off the ground.

During his first pharmacy project in the beginning of 2010, Shannon was forced to work out of his parents’ garage due to his lack of a professional shop space. The first job was completed with limited hand tools and a table saw. Shannon worked this way for four months before moving to the shop from one of his previous cabinetmaking jobs – which was also very limited in space.

After working there for three more years, Shannon built what is now the present-day shop of Montanye Woodworks, which is much bigger and provided him with the ability to grow his business.

Eventually, the pharmacy projects reached 20 stores a year and kept coming, which led to Shannon hiring his first employee. At first, they were doing everything by hand on table saws and router tables, handling parts more than once throughout each project.

The shop was unable to keep up with all the jobs that kept coming in and they knew they needed to make a change, whether that meant buying more equipment, hiring more employees, or both.

It was at this point that Shannon began looking into purchasing a CNC router.

The addition of CNC

When Shannon began his purchasing process, a local shop recommended him to a router company they’d dealt with before. Shannon got a quote from the router shop and initially had some sticker shock as it seemed like a lot of money for what he was getting.

Shannon started doing his own product research, eventually found ShopSabre, and was immediately drawn to the fact that they were an American manufacturer with lifetime support. After speaking with ShopSabre and hearing praise from another local cabinetmaker with a ShopSabre CNC machine, Shannon was ready to proceed. He worked with the ShopSabre team to craft a machine that would perfectly suit his needs – both today and tomorrow.

“They gave me options that I might eventually grow into as my business grew,” Shannon said. “Options I might need down the road.”

Shannon ended up purchasing the PRO 510 CNC router, complete with a vacuum pump, locating pins, and an automatic tool changer.

The addition of Mozaik

Shannon’s machine had everything he needed, but he also wanted to make sure the software he was using aligned with his needs. The router came with VCarve Pro that would work to cut parts, but Shannon knew they needed something a little more advanced.

“Being a cabinet shop, we knew we needed a more automatic software that was going to go straight to the machine,” Shannon said. “So we started searching, because our design software at the time didn’t have CNC capabilities.”

Shannon’s shop eventually landed on Mozaik, and after seeing the per-month usage fees, pay-as-you-go structure, and support offering, decided to do a trial. They have since been using VCarve in conjunction with Mozaik and have had a great deal of success with both.

CNC as the most valuable employee

The addition of CNC technology provided Montanye Woodworks with the performance of a highly precise and efficient employee. Their streamlined workflow now consists of:

“While the machine is cutting, we’re doing edge banding and boring. When the router is done with its last sheet, we’re one sheet behind, ready to build the cabinets.”

Shannon also recalls expressing an initial concern about integrating the router into their production process without upsetting deadlines or current efficiencies.

“It was virtually plug and play,” Shannon said. “The day it arrived, we plugged it in, hooked up all our systems, and we were cutting parts that day. We were much faster and they were better quality.”

“If I had to do anything differently starting out, I’d have bought the router first instead of hiring an employee. It’s the best employee I’ve ever had.”

ShopSabre manufactures world-leading CNC routers and CNC plasmas to provide hobbyists and shop owners alike with unmatched precision, efficiency, and versatility. Whatever your goals may be, we are dedicated to helping you produce outstanding results at a fraction of the labor and cost.

Our Industrial Series (IS) and PRO Series CNC routers provide industrial capability for a fraction of the price, while our SideKick CNC plasmas deliver professional quality at an entry-level cost.

Here are a few of the reasons ShopSabre is able to develop and produce such revolutionary CNC technology:

These are just a few of the advantages of being an American machine tool manufacturer. We offer commercial financing on our CNC equipment to help meet the needs of your budget.

Shop our unmatched collection of CNC routers and CNC plasmas in Minneapolis today to experience CNC the way it was meant to be.